Economy and Industries of Purulia

The economy of Purulia district to a large extent depends on industrial sector. It is the geographical location of Purulia that is helping it economically; it is well-connected with resourceful districts. Purulia is famous for tourism namely archeological and eco-tourism, this to a certain extent adds to the coffers of the exchequer. The natives of the district depend on small, middle and large scale industries for their income. In the year 2001 the government of West Bengal brought in new industrial policies to the region and this benefited the district in attracting a number of large scale industries.

The industries thriving in this sector are steel, cement and power. The major companies that currently function in Purulia are: Santalsih Thermal power plant this is located at Santaldih, Pumped storage project at Baghmundi, ACC Damodar Cement Factory at Madhukunda .Apart from these large scale projects the manufacturing sector got a boost especially in the sponge iron sector, and it got an investment of 306.17.

The small scale industry comprises of lac and sericulture. Purulia district produces 90% of the lac that is produced in the whole of West Bengal state. About 70,000 workers are employed in the lac industry. Both small and large scale lac entities have been set up, it is estimated that there are around 23 large lac producing units

Silk industry has contributed a small percentage to the economy of the district. The main variety of silk, which the region is famous for is the Tasar silk and sericulture is mainly cultivated in the rural areas of Purulia district. Raghunathpur is a location that stands out for Tasar silk. 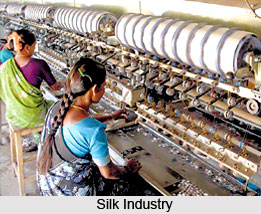 There are about 2018 small scale industries, functioning in the district which provides income to the inhabitants of the district. The other industries that to a certain extent contribute to the economy are rice milling, wheat flour, manufacturing of mustard oil and units producing grills and small toys. With the initiative of the government, an organization for women was established and this is called the Self-employed women’s association. The alliance aims at providing employment, to women folk in rural areas and making them self reliant. 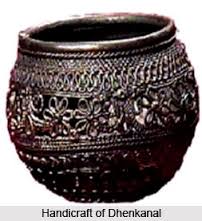 Purulia does not have conducive soil and weather for growth of a number of agricultural produce. Purulia district is among 250 most backward districts, named by the Ministry of Panchayat Raj and hence it receives grants from Backward Regions Grant Fund Programme. Famous districts such as Ajodhya Hills, Matha, Kuilapal Forests, Jaychandi Pahar, and Duarsini Hills attract tourists to Purulia district all through the year. This enables the natives of the district, to engage in various tourism activities and few of the tribal dances are kept alive. 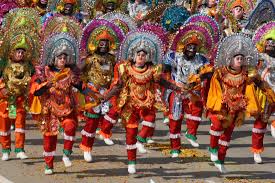 Globalization being the mantra of current times, a number of private investors are coming forward to invest in Purulia and this has given a facelift to the economy of Purulia.The government agencies have also been instrumental in bringing a number of policies to improve the economy and this also includes using of modern technology in the field of agriculture.

Explore more about About Purulia