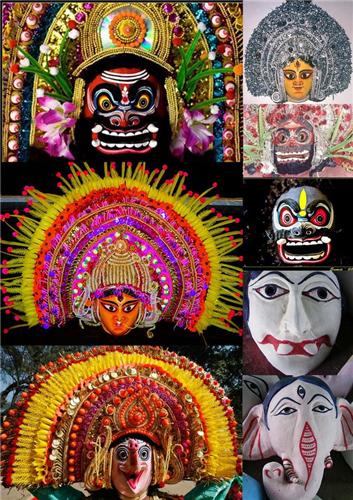 The diversity of Purulia mirrors the art, culture and the religion of the various tribal communities. Even the festivals celebrated in Purulia have been derived from the different celebrations and faiths of the tribal’s. The region is rich in cultural heritage and often we can witness a confluence of the culture of Bengal, Jharkhand and Orissa. The mix of all these cultures, have influenced the life, cuisine and the festivals of the natives of Purulia in West Bengal.

The citizens of the district predominantly continue to live in rural areas and hence their lives are still not influenced by modern life style and continue to live a peaceful life. This is the very place where the martial dance of Bengal “Chhau” was born.

Chhau is a form of mask dance that is performed in the Eastern part of India. There are three forms of Chhau and each one are named after the village. The different forms of dance are: 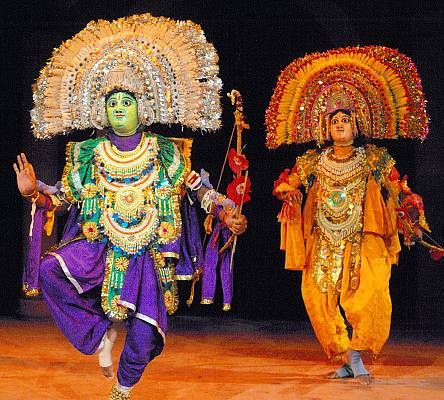 The word “Chhau” is deciphered from the local vernacular, which means an army camp. The form of dance that is followed in Purulia is very manly. There is a lot of enthusiasm and excitement when the drummer performs to commence the dance. He makes loud noises so that the enthusiasm flows into the dancers and they perform with full vigor. In Pururlia the dancers perform with colorful masks and headgear.

The dancers in Purulia are all men and this is a dance form that needs a lot of stamina and energy. The dance form involves a lot of summersaults and leaping in the air. The dance is performed in a manner in which the actors take on the role of heroes and heroines of the Hindu mythology like Durga and Ganesha.

When is it performed?

Chhau dance is performed during religious festivals, particularly during the spring festival of Parva. This festival is celebrated for a period of thirteen days and all the village folk actively participate in the celebrations.

This dance is performed by certain specific tribal groups such as the : Munda, Kalindi, Bhol, Kar and Dubey.

Another form of martial dance followed in Purulia is “Natua”.This is not very popular across the Country. The dance involves vigorous physical movements with logs and bulla carts. A number of the dance forms and dramas are dying out in the region and the folk tribal cultural centre, are taking a number of steps to conduct workshops for the natives and the tourists, to educate people on the art forms and to revive them. 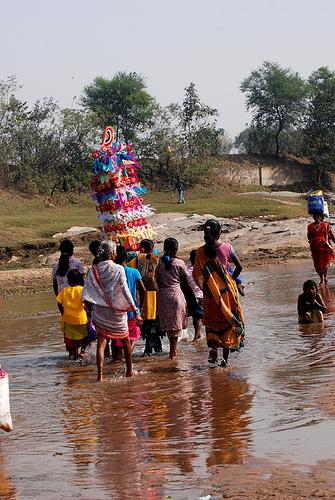 The most important festivals of Purulia are: Hunting festivals celebrated during the month of Buddha Purnima, Makar Parab in the month of Poush, Bandhna Parab in Dewali and Karam.

A visit to Purulia during the festival season is a real treat. It is the time to know about the various art and dance forms, that many a times we are unaware of and does not get the needed encouragement and publicity and end up dying.